Development towns in the Negev

The exodus from Egypt involved living in the desert for 40 years, with the desert an impermanent dwelling – a means to the end. The modern state of Israel is over 50% desert. What if the best way to create a strong and vibrant Israel is to utilise this space? Here is an account of a novel thinker who is leading the way to securing a peaceful and bright future in the desert. 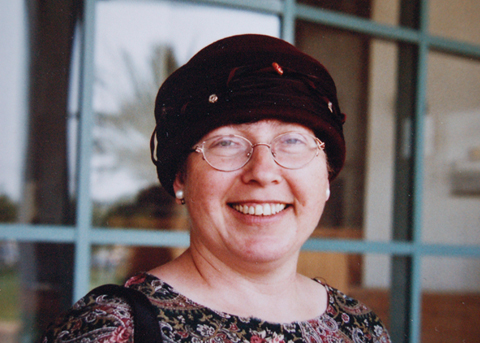 Leah Shakdiel is an Israeli peace activist, feminist, and scholar. She initially made headlines in 1988 when she won an Israeli Supreme Court decision allowing her to become the first woman to sit on a local religious council.

Leah was brought up in a Modern Orthodox home in Jerusalem, where Judaism and Zionism played a big part in her identity. In the 1970s she spent time in the political Zionist group Gush Emumin, a messianic, right-wing activist movement committed to establishing Jewish settlements in the West Bank, the Gaza Strip and the Golan Heights. With slogans like “The land of Israel won’t wait, the people of Israel will wait,” their attitude was that securing all of greater Israel was more important than social issues to do with education, housing, food and health.

Leah quickly began to question that idealism. It contradicted what her parents instilled in her; the idea that Zionism was “committing yourself to the welfare of other Jews…and if there are no people with full humanity, to carry the reality of Zionism in its own light then we have nothing.”

In 1975 she started the Jewish religious peace movement Oz Ve Shalom. “The settlers would hijack religion and Torah and tell the world that the only interpretation of the Torah is that you need to actively inherit the land. Jews were misreading and misteaching what Judaism is about,” explained Leah.

In 1978 Leah decided to move with her family to Yeruham, a small development town in the northern Negev, 15km south of Dimona. Leah believes that moving to Yeruham was the most important decision she has ever made, claiming it realised her views of living as a modern Zionist. “Building the people was very important and that’s why I came here.”

Around the world, Leah is considered a trailblazer of the pro-active Zionist humanist movement that challenges Israel to be a model state for all people – Jewish and non -Jewish. For the past 36 years she has continued to inspire people to focus their efforts on development towns within the green line, rather than fighting a religious war over land in the West Bank. “It is possible to find religious sources and religious role models and historic precedents for religion to be an extremely important tool for making inroads for peace, for coexistence, for human rights, for social justice.”

Development towns were major urbanisation projects in the Negev and Galilee that absorbed massive waves of immigrants after Israel’s independence and filled the empty spaces in Israel. In the decade after its establishment, some 30 development towns were built in Israel. Each of them creating new foci of housing, employment, services, commence and public administration, while also counterbalancing the polarity of the three large cities (Tel Aviv, Haifa and Jerusalem). Yeruham was established in 1951.

Leah was one of the founders of the program Atid b’Midbar (Future in the Desert), which started in 1990 in Yeruham and aims to promote collaboration between individuals, organisations and municipalities to help fill the gaps in Jewish and Israeli culture for Negev development. The programs include communal, educational and tourism initiatives run by local people and institutions.

One of the most successful initiatives is an experiential program for visiting groups to Yeruham. During this 3-day program participants experience interactive study, creative workshops in nature, performances of local musical ensembles and ethnic meals cooked and served in the houses of local residents. With almost no tourism in the town before this program started, over 25,000 people annually now benefit from Atid b’Midbar.

Song game: divide the table into two groups. Choose a word from the list (or come up with your own) and try and think of as many songs as possible that feature the chosen word. Alternate turns between the two groups. Words to choose from: FUTURE / LIFE / DREAM / DESERT
Would you leave a large city (e.g. Sydney or Melbourne) to go enhance the life of a small rural town?
Around 500,000 Israelis live in settlements today. Imagine if they, like Leah, had settled with their families in development towns across Israel. How would towns like Yeruham be different?
What are the main stumbling blocks to developing desert towns like Yeruham?

Yeruham has many immigrant groups: 40% Moroccan, 25% from the former Soviet Union, 20% Indian, 5% Iranian and 10% from other countries.
For many years Yeruham experienced negative migration. The town’s population is just under 10,000 people despite over 100,000 people living there since its creation in 1951.
Atid b’Midbar has been very successful in changing people’s opinion of the Negev and encouraging more people to live there.