Today, what we need to survive is similar, but has also changed. In Israel, one can see it as a right to live in dignity, with the basic means to survive. A crucial element of this is having a roof over our heads. This, however, is not a reality for an increasingly large section of the population.

Hagit is a young Jewish mother of five from Be’er Sheva. Making ends meet is a daily struggle for Hagit. Her monthly income of 3,500 shekels (A$1,300) needs to support a family of seven, placing her within Israel’s lowest income band and under the official poverty line.

During her pregnancies she had to forgo certain medical tests that were not covered by the public health service. All her children suffer from either slow development or anaemia.

Hagit and her family should qualify for public housing. Yet for years she has been stuck in limbo, forced to pay high private market rents. 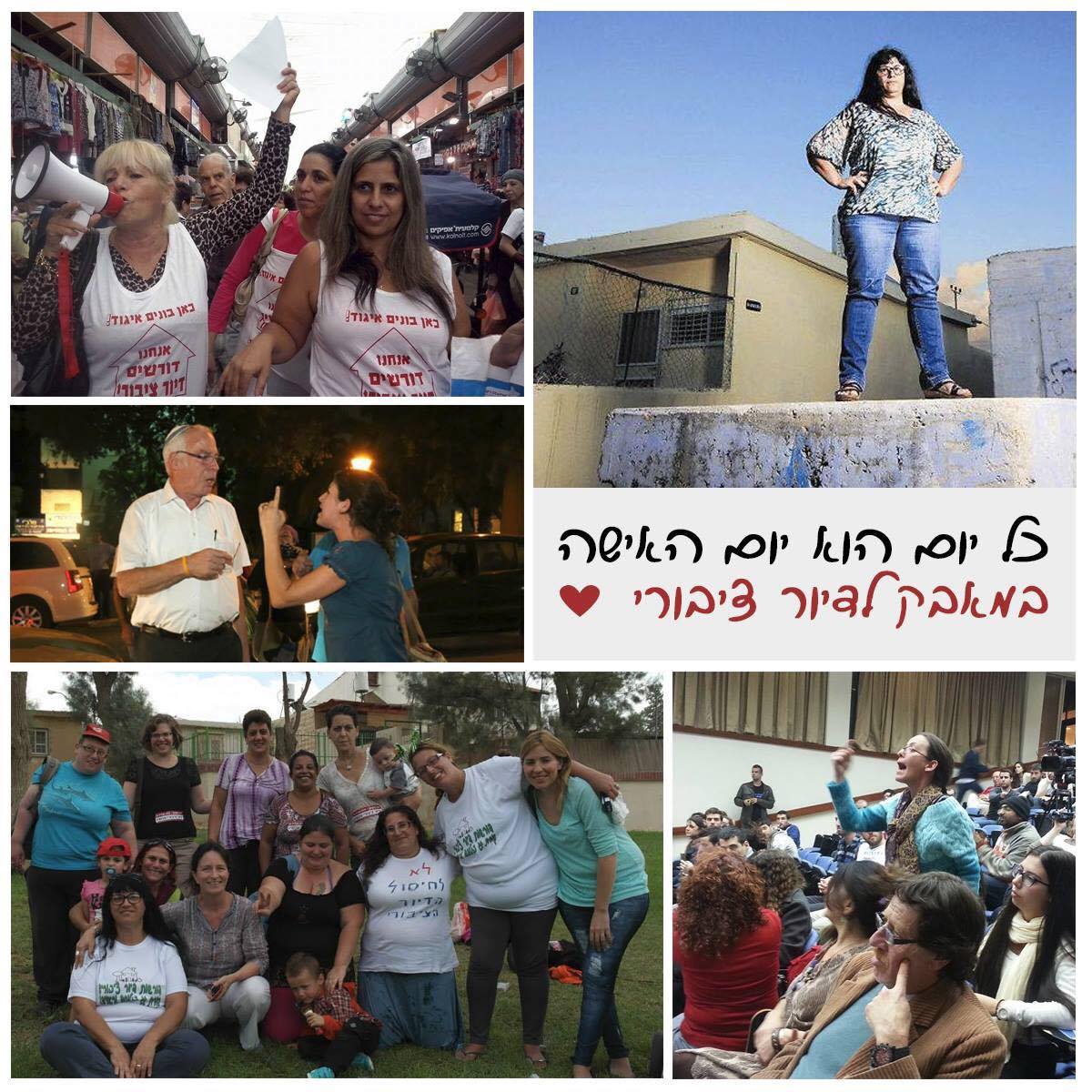 Unfortunately, Hagit’s story is a common one. In Israel, more than a third of families who rent are forced to pay over 40% of their income towards rent – a figure eclipsed only by Greece and Spain among the world’s industrialised economies. This leads to significant financial stress for families.

And she is not alone. Due to chronic underinvestment by successive Israeli governments since the 1970s, by 2014 there were approximately 2,500 families on the public housing waiting list, with a further 30,000 recent olim also meeting the eligibility criteria. People are forced to wait up to a decade to gain access to affordable public housing.

This problem extends beyond those living in abject poverty. An estimated 138,000 additional families who do not meet the criteria for public housing receive rental assistance as a permanent solution. However, the effectiveness of this policy is unclear, as detailed in a report conducted by the State Comptroller in 2016. All of this culminates in a desperate situation for hundreds of thousands of Israelis who do not have the assurance and stability of a roof over their heads.

The Forum for Public Housing

Hagit was helped by Shatil, the social action arm of the New Israel Fund, which established the “Forum for Public Housing”. The Forum, comprised 10 civil society organisations dedicated to equality, and attempting to address this chronic public housing shortage.

The Forum’s first step was establishing cross-party links within the Israeli Parliament, the Knesset. By bringing together representatives of “Yisrael Beitienu”, representing Russian olim, together with “Shas” and “Kulanu”, representing Sephardi and Mizrachi Israelis, the Forum succeeded in preventing the government from repealing the 1998 Public Housing Law.

Thanks to pressure from the Forum and its Knesset allies, the government agreed to not repeal the law and instead committed to building an additional 700 public housing units.

As of January 2016, Hagit has moved into a public housing unit in Be’er Sheva and is much better placed to look after the health and nutritional needs of her family.

For others, the situation is dire. The number of state owned apartments has decreased 50% over the last decade. Despite an average rental price increase of 25% nation-wide, the rental assistance package stagnated over the same period. A continuation of this trend without intervention will only put further pressure on a suffering public housing sector.

Though Hagit’s story is undeniably a victory, there is still a long way to go to further reduce the backlog of Israelis waiting for access to public housing.

Did you know the average monthly rental costs in the following Israeli cities?

Maybe it doesn’t seem that high compared to Australian rental prices, but keep in mind that the average monthly Israeli wage nation-wide (pre-tax) is ₪9872.70 is AU$3,526.
What resources are essential for the average Israeli citizen to live in a dignified way? Take some time to make a list with the people around you in small groups. Come back together and share. What resources did multiple groups come up with? What unique ones? To what extent should access to these things be considered a basic right?
When Israel was established, it provided a strong safety net for its poorer citizens. However, as in many Western countries, this has been eroded through economic reforms. What could Israel do to ensure that the disadvantaged have better access to state resources and support?
So much of Israeli politics – and conversations in Diaspora communities – revolves around the issues of peace and security. How can Israel re-focus on other important issues, such as public housing and health? What role can Jews in the Diaspora play in affecting these issues?